DRUM ROLL, PLEASE!!! FAIRY TALES CAN COME TRUE AND IT HAPPENED TO ONE OF OUR LONGEST RESIDENTS, RHINO TODAY! 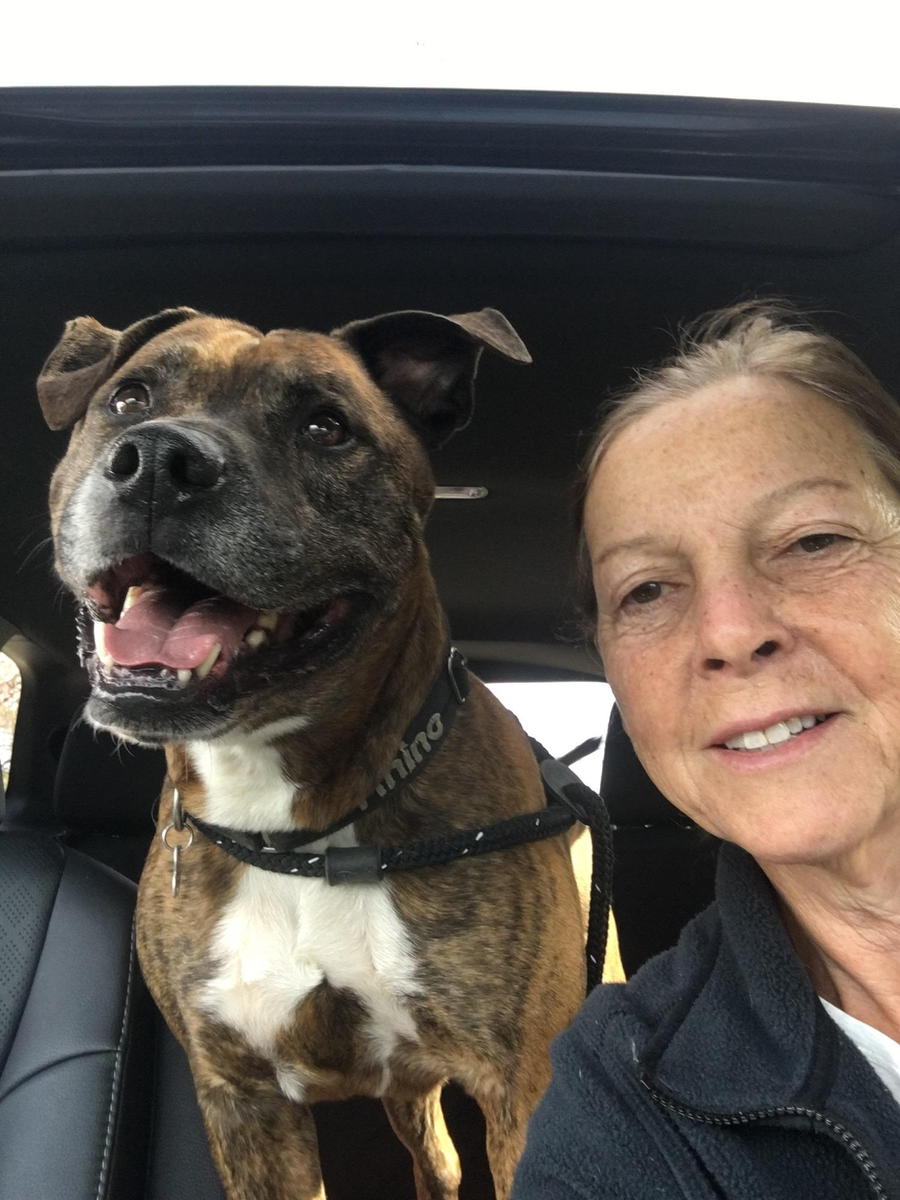 To say that this is one of the happiest moments that a rescue can feel about the work that we do only begins to describe how happy we are that Rhino has found his forever home. Yes, we tried to change his name to Remy but in the end, he was always "Rhino." as unique as his name, as gorgeous and special as his fur and soft brown eyes.

Over two years ago, Rhino was brought to the local New Jersey shelter by his owner who proudly dragged poor Rhino in still wearing his heavy chain and a thick collar around his poor neck. He was surrendered because his owner said he was not "mean enough". Of course, he was not mean enough and time proved that to be very true. You see, when Rhino was at the shelter, the amazing volunteers and staff there tried very hard to get him a home but could not. He started to get very depressed and soon he could have been at risk for being put down. Rescue Ridge volunteers started to notice all of the amazing Facebook postings that the volunteers at the shelter did of him and Rescue Ridge stepped up to save him. At first, no one could even put a collar on him. We even had to alter our play yard fences to allow him to directly go into the play yard directly from his kennel on his own. Slowly, he began to trust us. He made friends with some of the volunteers and began to blossom. We tried everything to get him a home. One of the volunteers, Donna, fell in love with him and took him on daily walks to the park, and everywhere. The other volunteers loved him, too, and walked him, paid attention to him, but still, Rhino remained at the kennel. Well, today DONNA ADOPTED RHINO! We all waited for this special day for so long and know that our amazing Rhino will be living a fairy tale life from now on. Thank you to Donna and Sal for adopting Rhino. Happy, healthy, and long life to all of you. Many thanks to the many volunteers at the shelter and at Rescue Ridge who made shelter/kennel life better than any life he knew before and many thanks to all of YOU for your caring, sharing and following his story. Here is a video of Rhino's journey to his forever home. There are many more at Rescue Ridge searching for their dreams of a forever home. Please adopt from your local shelters and rescues. Rescueridge.com has many more like Rhino.

Please help us to help them all. Here's the video link: https://www.youtube.com/watch?v=EKlNQkQzeZU&feature=youtu.be